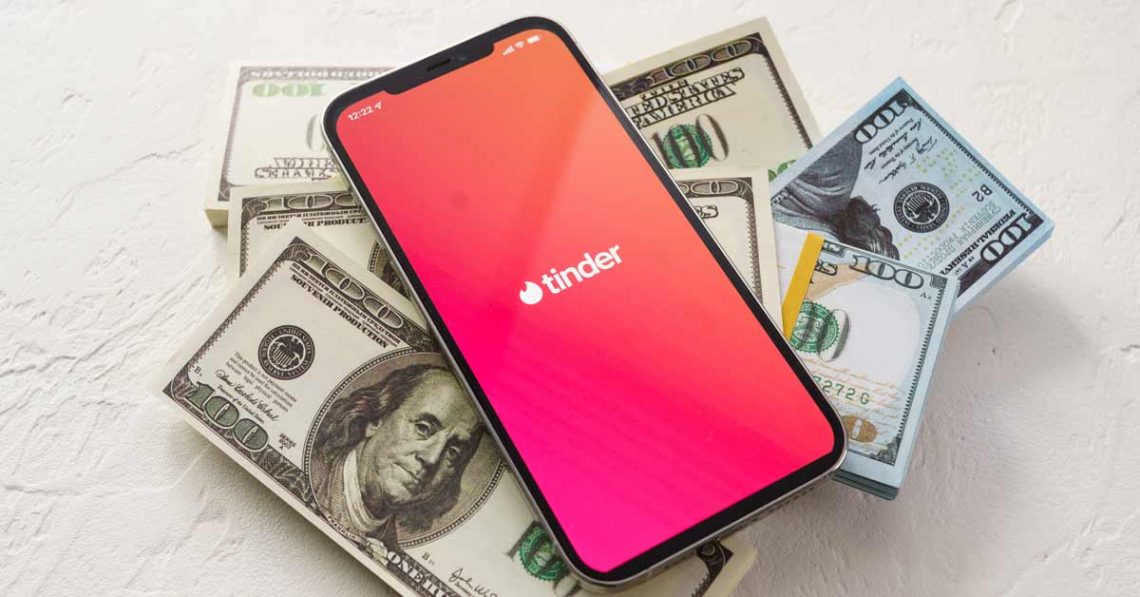 Dating by pics? You’re being duped.

For all of humanity’s history up until the early 2000s single men and women had to have the guts to walk up to, talk to, and chalk up any rejection as dating’s tribulations; an education of embarrassing experiences and effort.

That’s about 66 thousand years of humbling, bumbling, and if things worked out-fumbling around.

Then apps dematerialized dating, digitizing your crush to someone swiped by the picture and profile revolution. Well, who’s kidding who here, a picture revolution? All those communication skills, plucking up the confidence skills, and conquering fear of rejection skills could be stuffed into a screen, where millions and millions of single souls quit on old school, preferring to stake finding true love based on a picture. Well, maybe not love.

Maybe I’m just old, probably too tired, and a cliché of wanting things the way they were. What’s wrong with picture dating?

I never dated a girl in my life I met online. My heroes were… well I only had one-John Lennon. I feel the day he was shot, love was shot. What the heck would John think about Tinder? I wasn’t even born when The Beatles were “bigger than Jesus.” However, their consistent message of love made me dream of it as a kid. If love was not on my side, the support I so sorely needed as I aged would have been remiss.

I don’t care about her pictures or the way my love looks in them as they are fragments of time I cannot get back, and any picture is a visionary reversal of history, so the Tinder swipe will never represent what the future holds, not even if you meet later that night. The pitch is that the picture is convenient, and allure of momentary imagination picturing fantasized outcomes.

All of us can shine for the camera, yet most of us have a dark side, and few of us are angels. For this reason, a pictured selection as a reason to date someone is viewing the future in the blind. Let’s face it, no one is posting a picture of what they look like when they scream, rant, or rage! The angle is an allure, the allure of sensuality, suggestiveness, and sex. Tinder’s tenderness does restrict violence and nudes to its platform, we can be thankful to them for that, yet its intention is hook-up, and this is an emotional drain on true love. Men and women would serve their capacity to love each other better if they were to focus on what their character gives, rather than a photoshopped preview intended to entice. What your heart offers to a loved one in need of support is much harder to capture in an image. Pictures “dating dupes” you into an imaginary moment wherein both parties’ minds project a future outcome, dreaming the image that flirts at you will copulate as fast as what happens in the movies. How many times do you keep believing this will work? Tinder and the rest, are they interested in getting the best for you? Or would the only true love they want you to find maybe be an addiction to the monthly subscription? Endlessly swiping and swiping as a perpetual subscriber. The only angle of the Tinder algorithm to achieve a monthly active user in perpetuity. Let me apologize for my David Downer attitude but I bet you wish someone told you the stats.

Let’s look at this from a principled point of view. Tinder makes the most money for Match. inc, why? Coz guys get stuck thinking they are going to get laid fast by looking at flirty pictures. Here’s a stat if you’re a guy (or girl) into numbers. Tinder is a population of 76% male and 24% female. So, you’re fighting in a crowded space. Your odds are already stacked against you far worse than if you were at a crowded bar.

Do you really think that the limited amount of 24% of females on the platform are going to have easy sex? Hah! Well, Match (remember they own Tinder) just wants your subscription, so keep running with that monthly madness as your frustration mounts. You’ll be endlessly swiping. If you’re on it you’re nodding your head. If you’re on it, you’ve tried blasting a billion DM’s, and you’ve probably spent a bunch of “Tinder Coins.” C’mon guys they see you coming, really? “Tinder Coins?”

They invented a currency just so you’d spend it and spend more of it, to spend more time on the site than the hours you were already spending. You’re being picture duped.

I’m not kidding, their CFO is ex Bank of America CFO, and this is no joke-his name is Gary Swidler, my gut tells me he had the ‘n’ taken out of his last name. You can’t make this up.

Back to principles, so the question is do you want your teenage daughter to grow up into the Tinder generation? To face the gauntlet of gross guys on the internet of things? Where the purpose and intent of the platform’s subscription is to feed into one of the seven deadliest sins- lust? These subscriptions may have unintended consequences, most new technologies do; Elon Musk is on record saying, in order for the world to all drive electric vehicles only, we need to double power generation…. sigh (double power?). So, Tinder Swidler, oh heck let’s just call him the obvious, Tinder Swindler CFO man, his dream of millions more subscriptions, do you think that an ex banking guy will ever care if millions of young women grow up in a world where the pressure for deeper perversions are delivered by a premise of sex first suggestions as a pre-requisite of the platform their pic is on?

The moment two Tinder lovers conjoin they tend to start texting, which inevitably leads to the titillating topic of sexting, a 21st Century romantic dalliance. Where does this lead? Flashing; 46% of single females report receiving images of genitalia they never asked for, and 48% report feeling totally harassed. The 20th-century wolf-whistle has been replaced by the dick-pic, generally sent from Dicks. If any of these brave, bold, boneheads did this in Walmart they’d head to the slammer and be labeled a sex offender for life. But the internet of things brings the creep out of every classless goon.

I don’t imagine Congress will try to tackle these idiots who show their tackle but they should. Anyway. That’s my rant.

Let love be the light. Lust will destroy your dating habits.

Maybe write the Tinder Swindler and ask him to do something about the duping over Tinder Coins. By the way, there is a movie called the Tinder Swindler on Netflix, ladies this has been a male focussed blog, but if you watch that perhaps you will see what else Mr. Swidler allows on his app, and laughs all the way to B of A. You will come to find that when you date by pics you are easily duped.

What’s the answer? Go old school, win the heart of your lady, get your head out of the cloud of convenience, love isn’t a 7/11 store of flirty pics. John would have said love is all you need, but in the 21st century, the choice of where you go to find love is paramount to a future filled with love. Instead of dating apps, try something different, you could hire one of our dating agents and enjoy professional representation, we are a sign of the times, love needs an agent. By the way, the pictures we show are the before and after of those who are clearly in love now.

You’d be surprised at how good we are at what we do, and we’re proud to show the proof.

Sorry, the comment form is closed at this time.